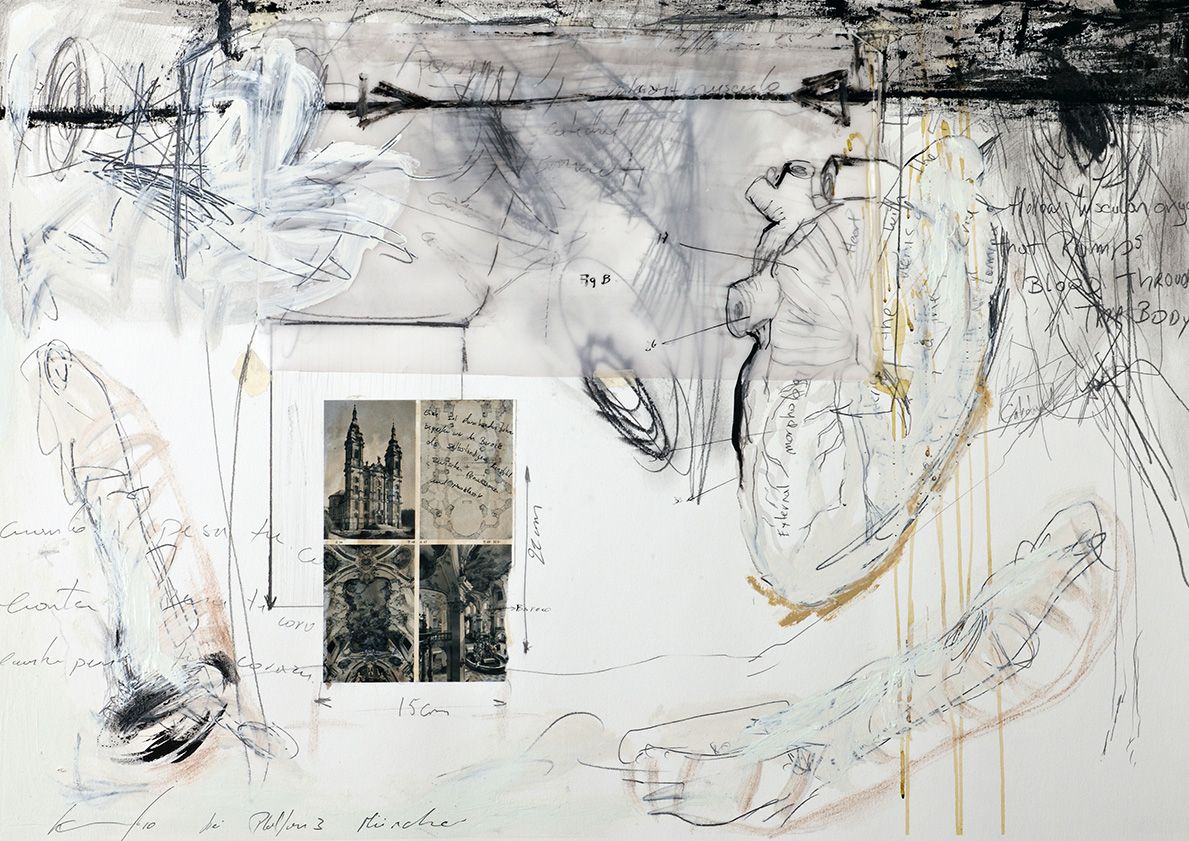 People move in between two dimensions: space and time. Kant defines space as that part of existence which enables the simultaneity of events as opposed to time which constitutes the sequence of events1. In Einstein’s theory of relativity, space and time are yet defined in a new way: Here, they represent the relation between objects or phenomena and movement which can run in a straight line or in a circle.
Space and time are also inevitable if you want to understand the human ego and its surroundings. Space and time, just like man and his environment, mark the origin of each and every identity of man by which he connects with himself or with the world. Man expresses his identity from his inner self, considering the drives from the outer world: According to Ortega y Gasset, my ego develops from my encounters with the challenges of the outer world.

“The deepest part of man is his skin."

My first encounter with the paintings of Vinicio Bastidas was a surprise, which soon turned into vivacious inspiration because it evoked a fruitful dialogue with the artist, which brought up many questions and answers. This ultimately led to the idea of this text.
Evolution and the quest for life are typical elements of the creative process. It is a deep inner experience that enables the artist to show an individual picture which at the same time reflects and expresses the time he lives in. The artist makes use of the language of others until he finds his own; then he expresses himself in a dialect of the general language. This is how his language changes…2.

Vinicio Bastidas was moving around from place to place and encountered many different cultural challenges without ever forgetting about his origin. This is the dilemma of the artist who has to make decisions between the familiar and the unknown. In order to get over this vulnerability, Bastidas moves into his most inner self and allows the return and the manifestation of his identity by using his memory. Memory always starts at present time. According to Derrida, memory is created out of the needs, the questions and the necessities of present time. The artist has to leave a straight movement and go into a cylindrical one. The return to his origin marks both the end and the new beginning of a path.

The paintings on paper from the series „The anonymous being“ contain observations of the vulnerability of human beings as well as the loss of their original location and thus, look at the transformation of their identities.

Bastidas is a narrator, he tells us a story, he is the lyrical I of his own story about the relationship between man and society.

The visual presentation is about pictures, created from the human body. Since the human body has a closed, perfect form, Bastidas presents it in fragments which are set in opposition to a variety of objects. These multiply and remind us of mass production processes – symbol of consumer society and at the same time critical thought about it. To consume here means to be a good person. The structure of the central space of the paintings consists of various elements: objects, lines, words which are all connected to the information, the audience receives and which forces them to illustrate their own time and space.

The problem, which all artists face during their career and for which they absolutely have to find a solution is not how they can adapt better to their society and its conventions, but on the contrary, how they can leave it successfully. A. Hauser. 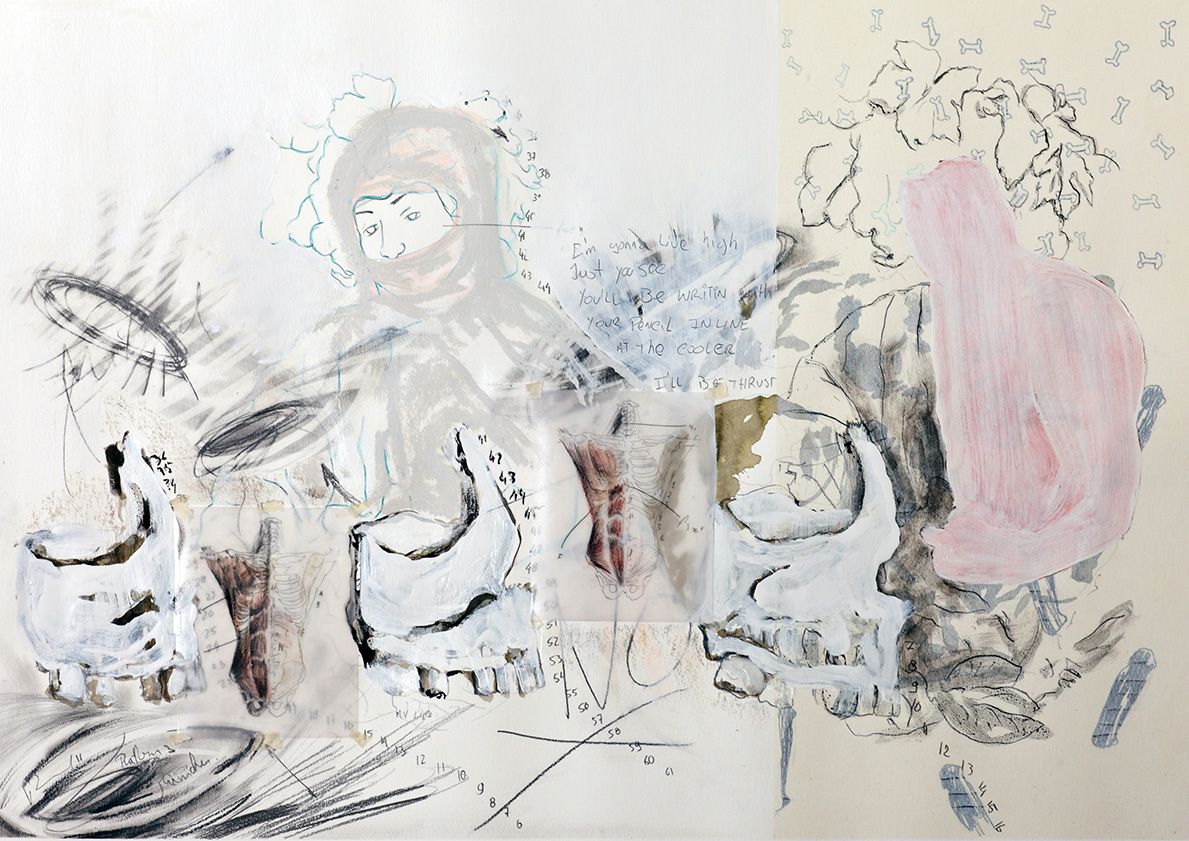 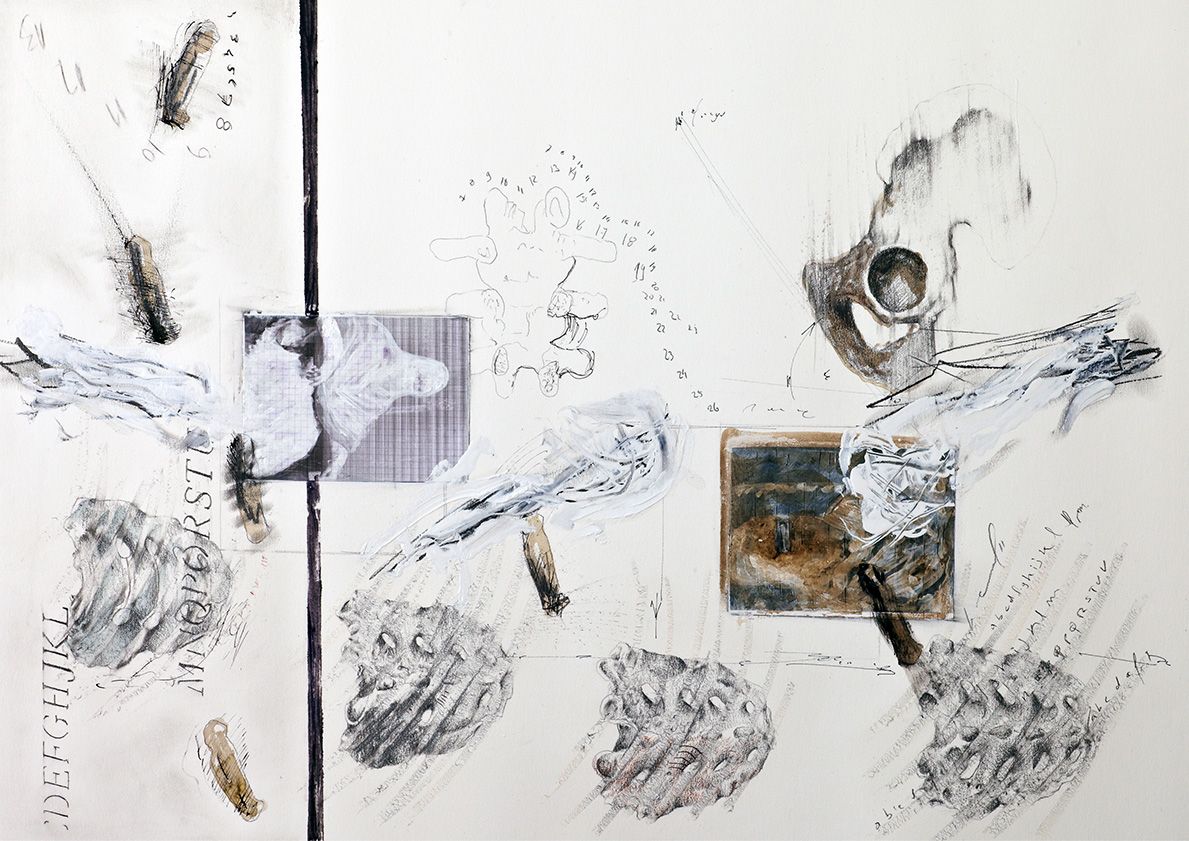 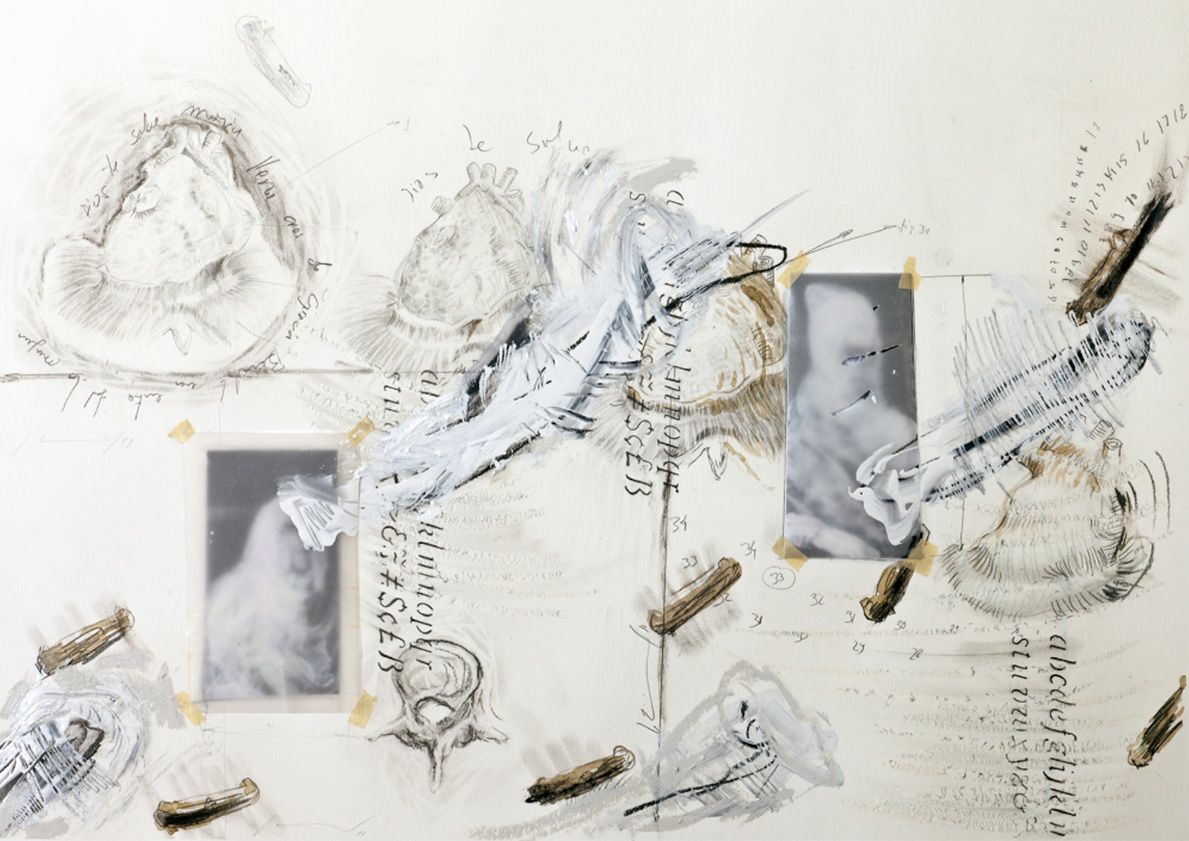 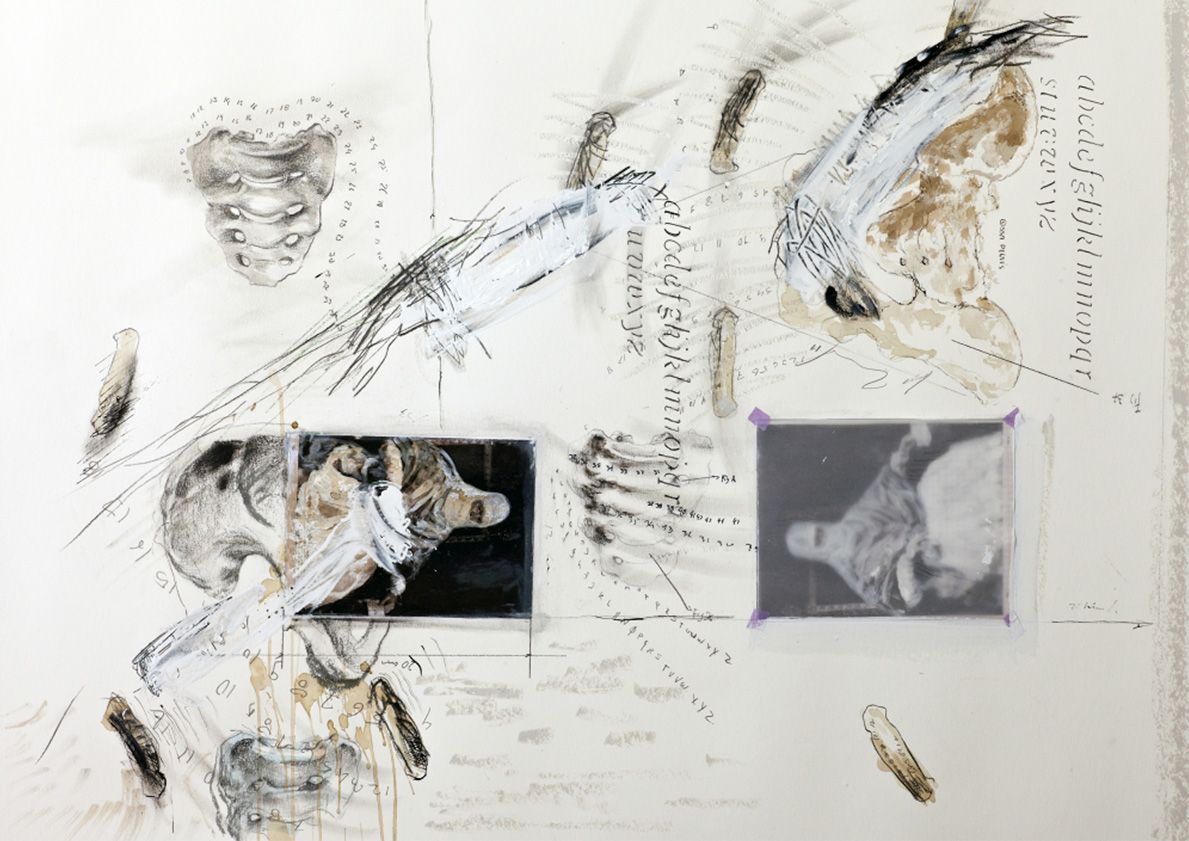