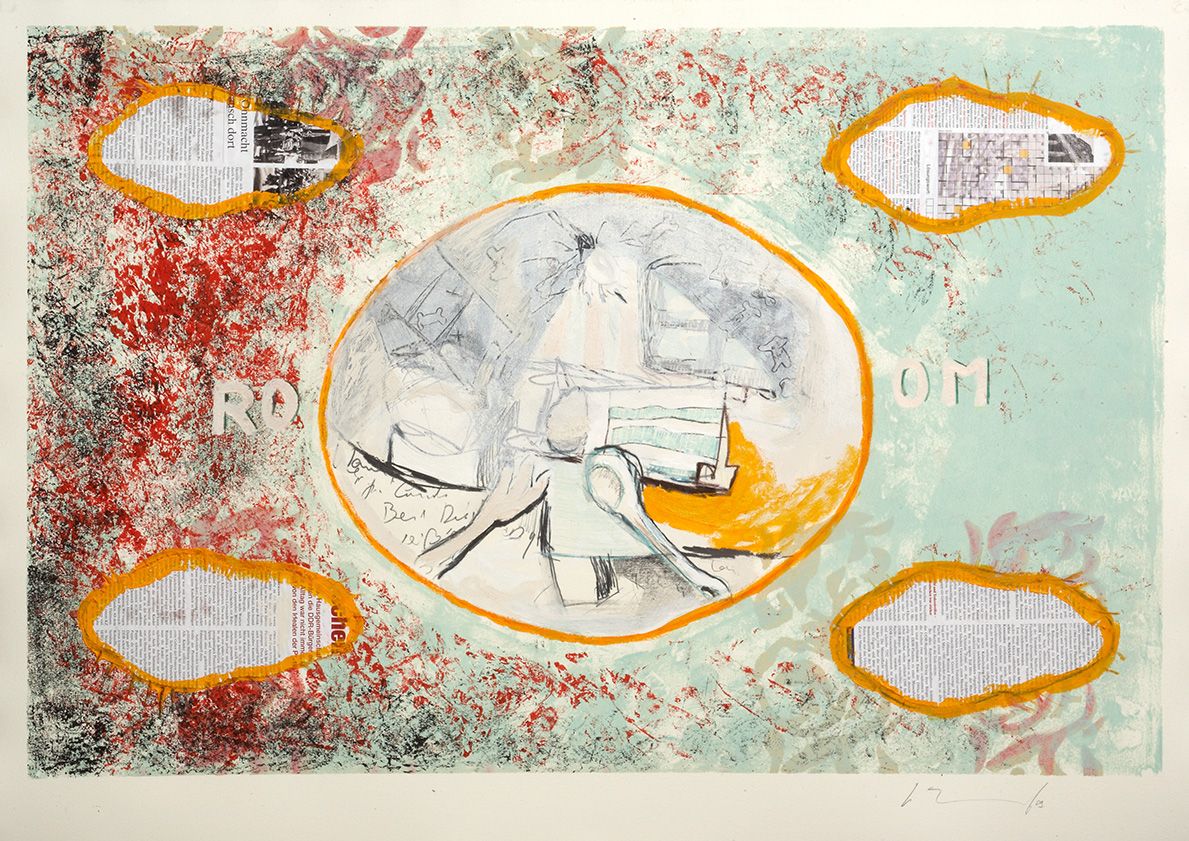 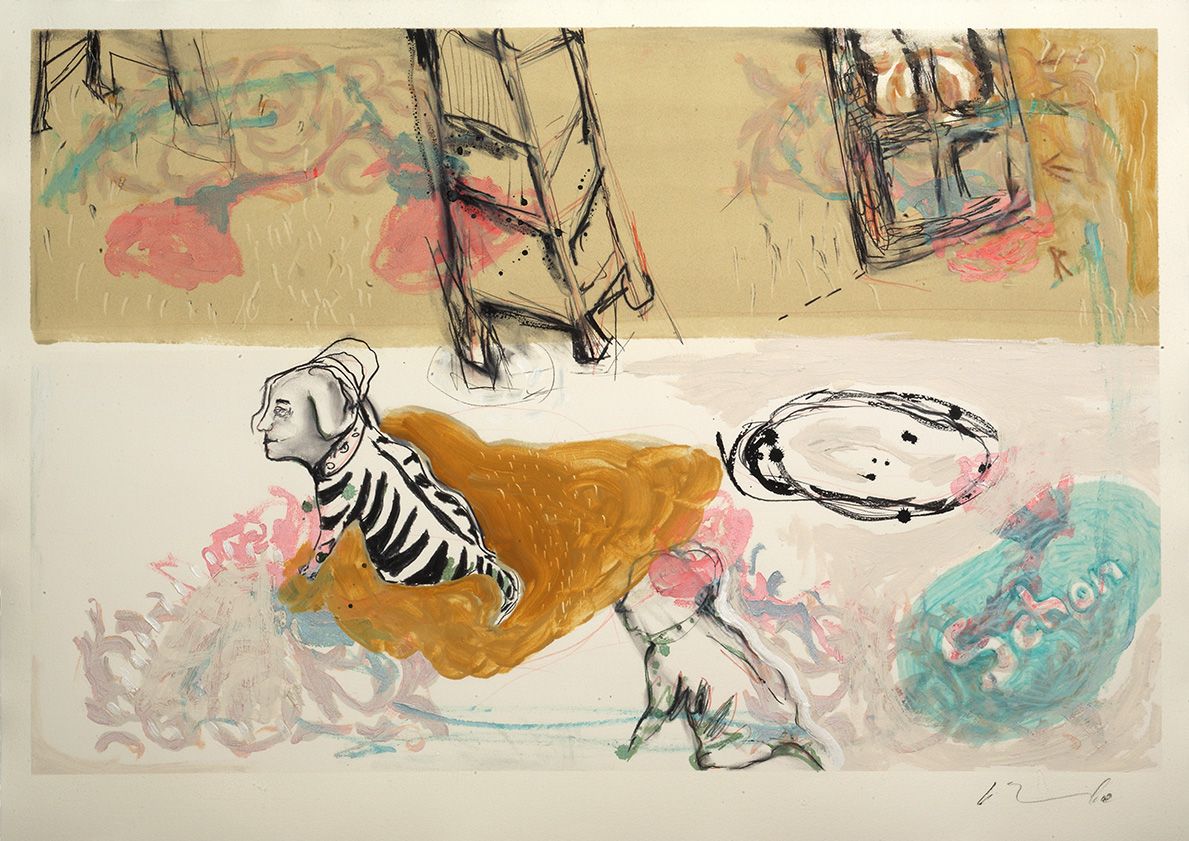 Vinicio Bastidas is a wanderer of the earth. His home country is Ecuador and from there he travelled to and lived in diverse places like Mexico City, New York City, Paris and Munich. His experience along the way, the Good-byes, the Hellos, the multiple impressions, play a large role in his art and show a typical Zeitgeist, the feeling of a whole generation who live in the early 21st Century.

All the old dichotomies have dissolved. The world is in a hybrid state of constant transformation. Political and social crises in many parts of the world force people to leave their home cultures and enter completely strange environments. The world has become smaller; the cultures have become more permeable. Being open to new things and to discussion are qualities, which the typical migrant of today must have in order not to fall into isolation and numbness.

Transformation and the experience of integrating into a new culture are what constitute Vinicio Bastidas’ art fundamentally. To him, art is a part of life that changes, depending on the context and experience in which it is created. His current work, which was created in Munich, play with multiple elements which he has collected along the way. He uses drawing and painting techniques as well as collages from magazines in comics to express those elements. These can be memories, things he found, thoughts, and wishes. Nothing is solid and dark; everything is open and – sometimes irritatingly – joyful. The viewer will be familiar with many of these expressed moments. Maybe that makes them irritating, because we are used to more critical comments from art and expect those.

But the paintings of Vinicio Bastidas are not affirmative. He tells stories which are related to his life and by which he evokes our current culture of globalization with all its negative effects. But the artist does not judge and he does not point us in a certain direction. He portrays moments of life, filled with all different kinds of cultures, in languages such as English, Spanish, German. Many visual impressions are layered on top of each other and characters of totally diverse backgrounds start communicating with each other. Some of this is familiar, some of it strange, a lot of it confusing. The viewer is invited to make up his own mind about this life, he is asked to forget about stereotypes and to re-think. In Vinicio Bastidas’ world, art is a product of life. It enables the observer to experience new, unknown things if he is open to this imaginary world and has a curious mind. Looking at the radical changes of life in a more and more permeable global culture, the experience gained from Bastidas’ art could prove to be existential in the real world. 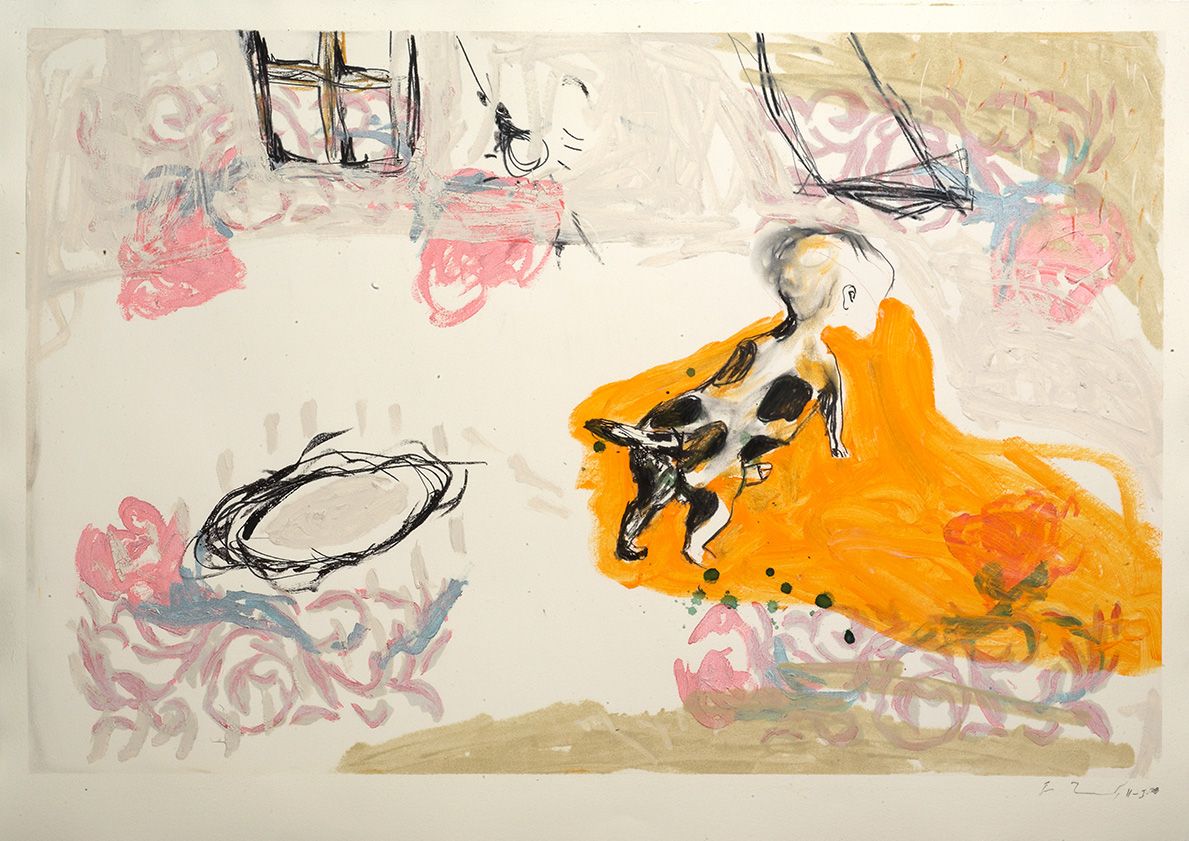 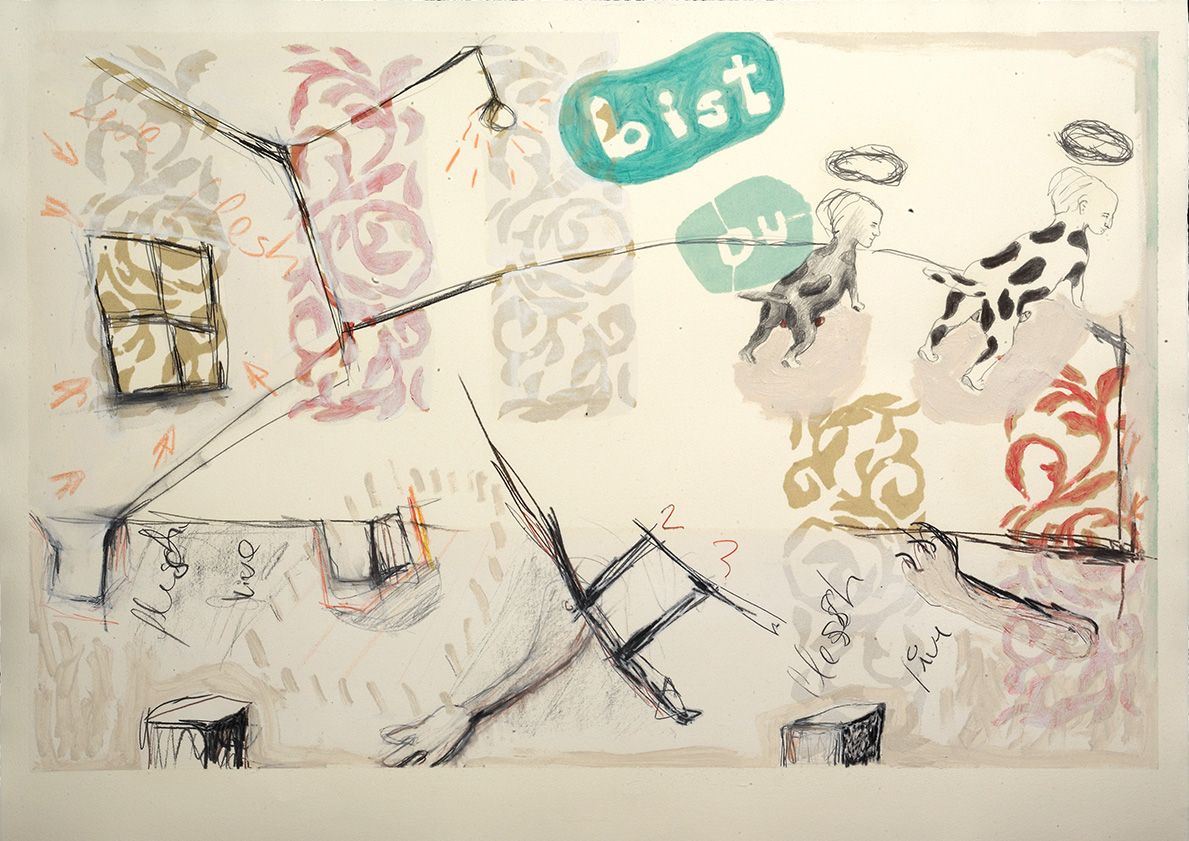 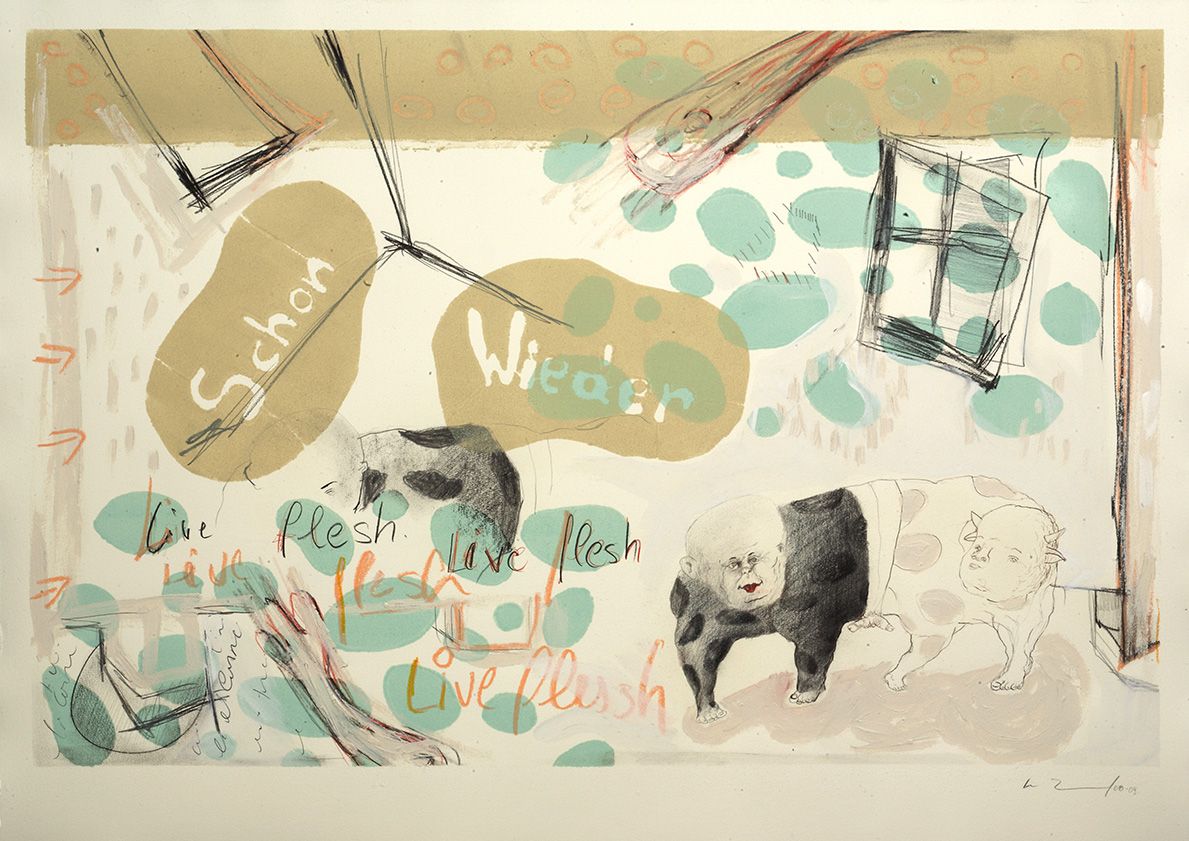 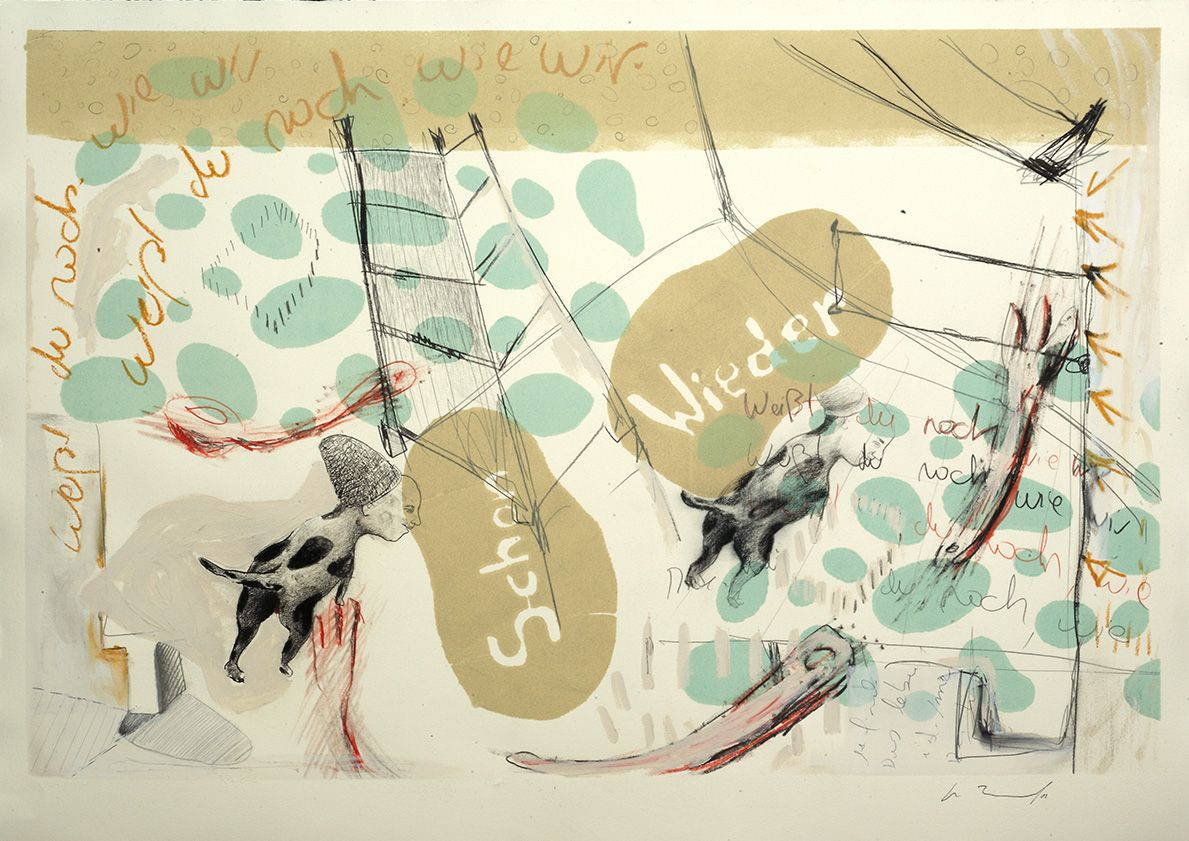 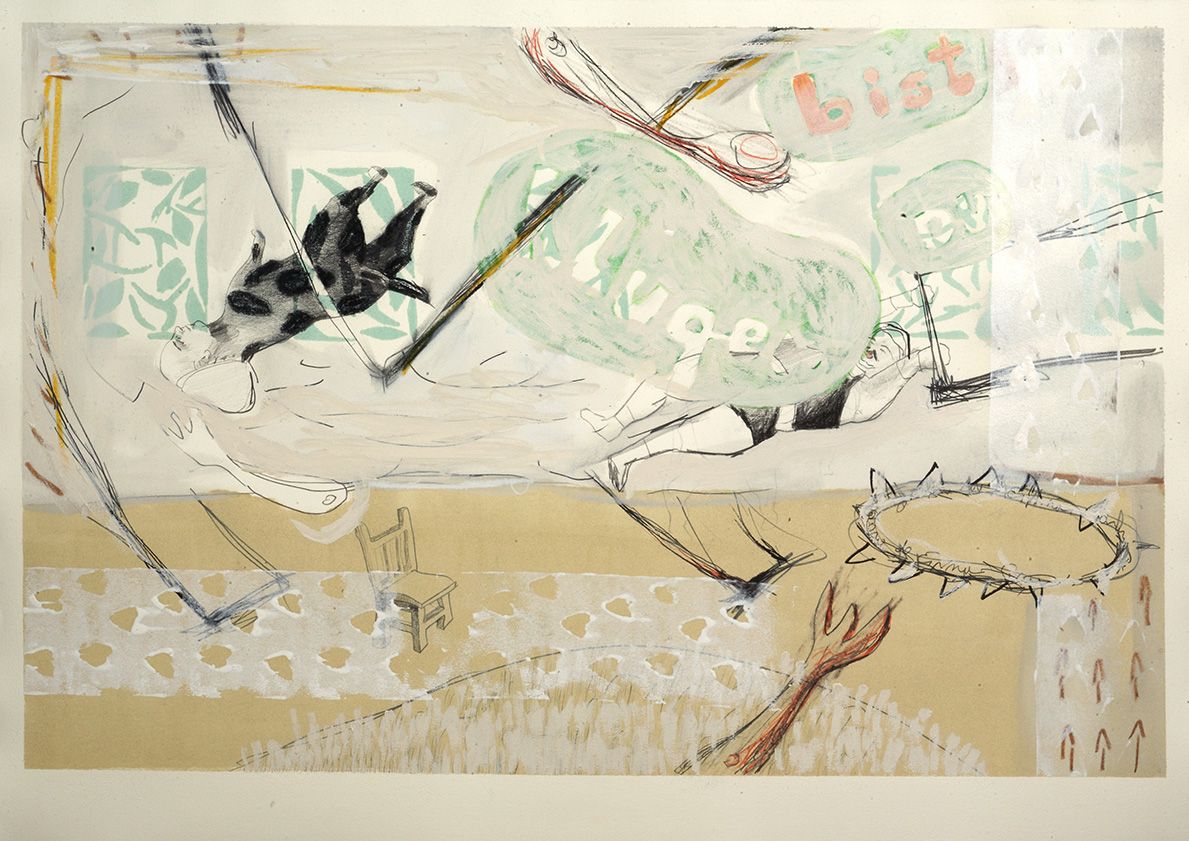